These past few months, we’ve introduced so many new words in our company that it can make our heads spin. Some of them sound hilarious when you hear them for the first time. One of the real funny ones is the “POCLAC.” What the hell? What to make of that and how to take it seriously?

Well, It is actually serious business. No kidding. In an agile organization, a POCLAC is a special coalition between the product owner (PO), the Chapter Lead (CL) and the Agile Coach (AC). Duh! It all makes sense now, doesn’t it? In the POCLAC, the PO, CL and AC join forces, knowledge and insights for one objective: help the squad to perform even better. It’s meant to be a regular meeting – at least once per sprint. The product owner is there to represent the purpose of the squad, the chapter lead to bring knowledge and as resource responsible and the agile coach to drive autonomy and focus on agile methodology and processes within the squad. If done well, this is a killer combination. Together, these three roles should be able to help the squad into a higher level of performance. Something like the Royal Air Force Red Arrows teams 🙂 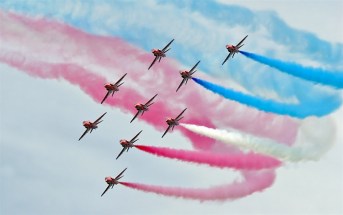 Looks and sounds great on paper! Now the reality check. Honestly, it took me a while to really grasp what this meeting is all about. And it took us a few trials – and errors – to get a first POCLAC where we actually felt that were helping the squad. So don’t get desperate if at the start it’s hard! Keep trying, adjusting and communicating and at some point the “aha” moment will come!

So! In the end, I find the POCLAC a very useful meeting to discuss my squads highs and lows and ask for help when needed. I really feel that we are all there to join forces to make the squad better.

This work is licensed under a Creative Commons Attribution-NonCommercial 4.0 International License.

2 thoughts on “How to turn a good squad into a great one? 8 POCLAC do’s and dont’s”

Be the first one to know!